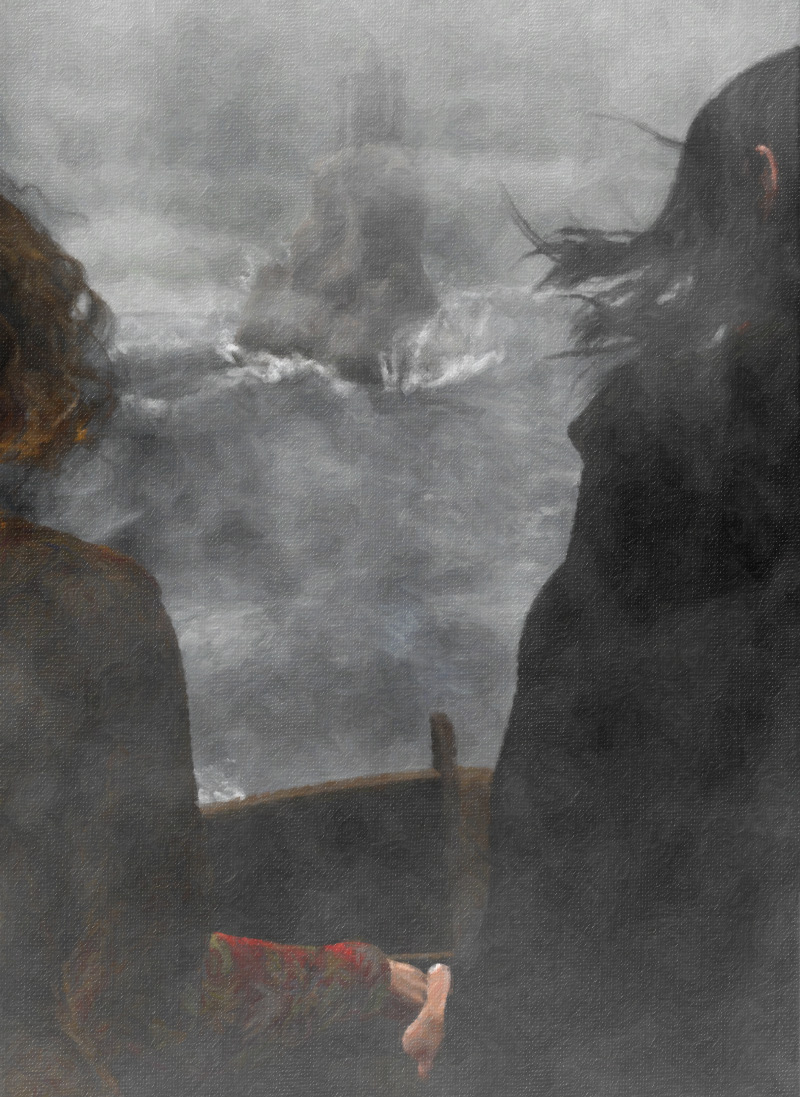 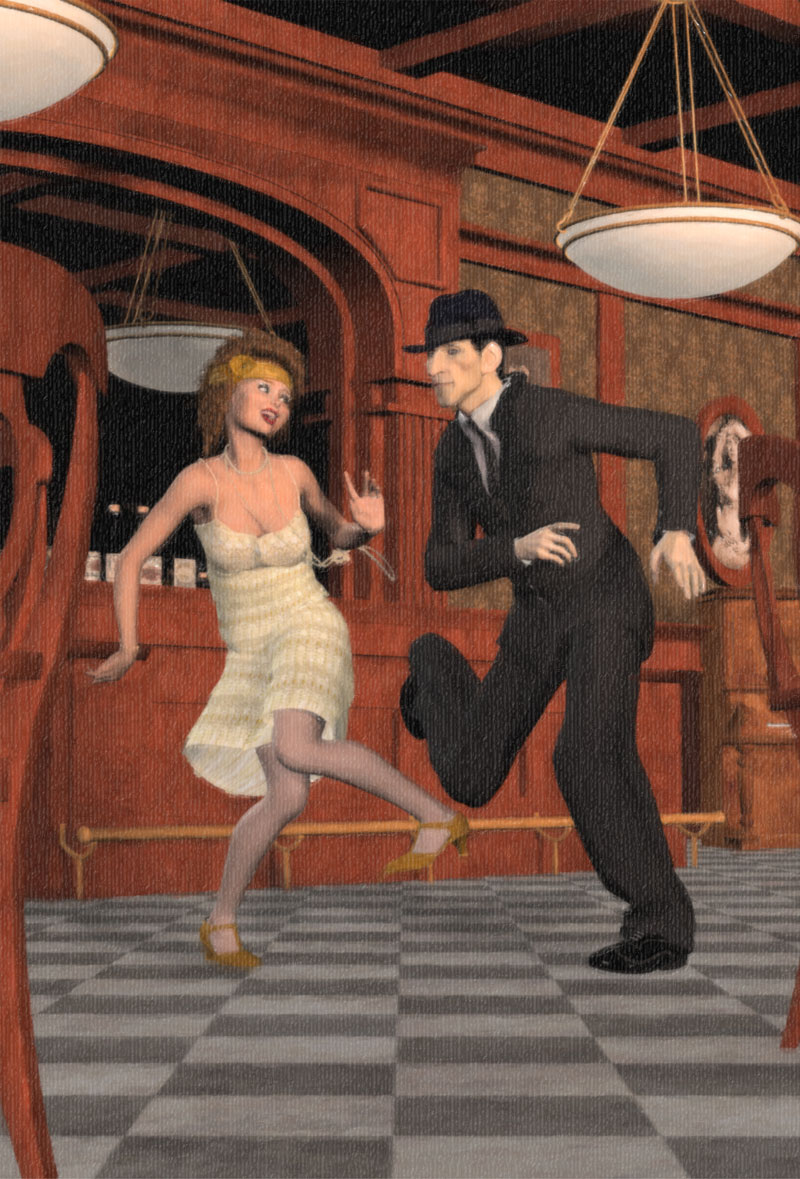 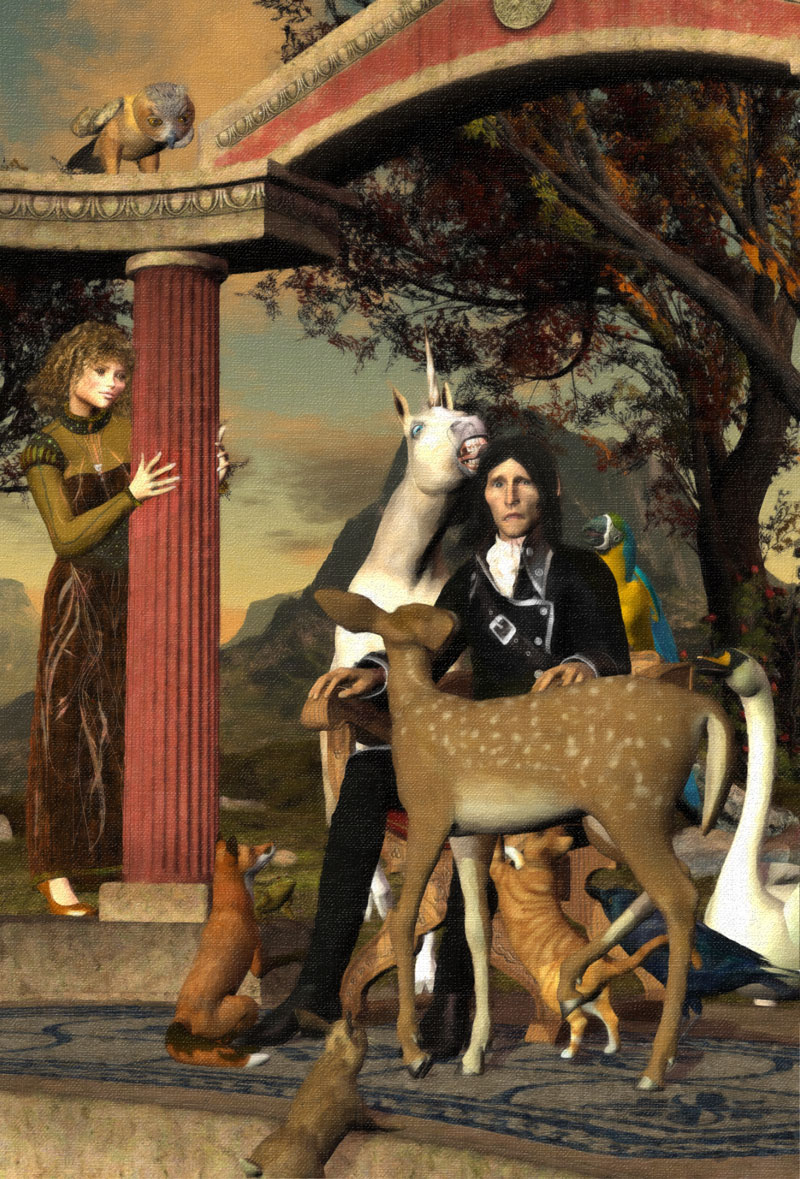 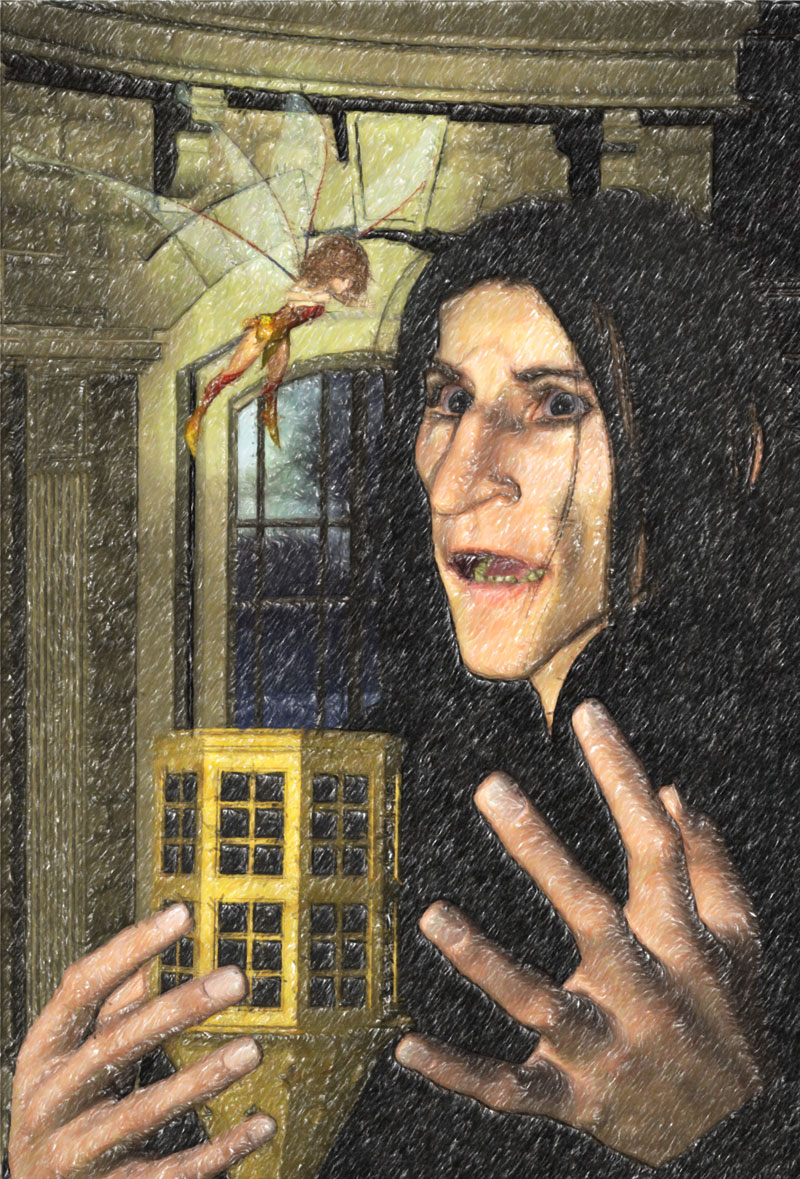 The SS/HG Exchange of 2012 was the largest ever. As well as the last. It has passed into legend, ultimately posting 180 gifts over a stretch extending from the beginning of December 2012 to the end of February 2013.

And that year there was also an unprecedented number of Newbies to the Exchange. In fact there were so many of us that the Newbies (and nearly Newbies) formed an Lj community of their own as a support group.

Well, in the let-down period after the deadline (late October) and before the Exchange was due to begin posting (early December) we decided to fill in the time and hold our own small fest.

The Exchange posts anonymously, but the fest wasn’t going to. So, even though there wasn’t going to be any mystery as to who did my contributions to the Exchange (since at the time there were only two of us who worked in 3D), I still didn’t want to make it any more obvious than I could help. So I worked up a different iteration of my Snape model, and then ran all of the renders done for the fest through SnapArt3 a Photoshop filter which is designed to make a photograph look like a piece of analog art.

I discovered that this was a very good way of improving the look of some of the older models of animals which are sometimes a very nice mesh, but the fur is painted on, and looks it. It also offsets the “uncanny valley” effect that you sometimes get with renders where the people don't quite look “real”, but aren't stylized enough to be ’toons. With the filter they look like illustrations.

I did four illos for this fest. Click on the thumbnail above to see the illo. Descriptions below:

The Elephant in the Room. Nobody wants to address it. Nobody wants to discuss it. The average wizard-in-the-street tiptoes around the subject and pretends that there isn’t a problem. And the Ministry's stance is that this is all to ensure everybody’s safety. Move along, nothing to see here.

Given the oil painting treatment.

This was lifted directly from the Main Exchange prompts. It was a fic prompt, not an art prompt. But I don’t write fic. Besides, it struck me as too engagingly silly not to do something with it.

The prompt was proposing a story where Snape and Granger ended up, somehow, in the 1920s. Well, there was no Prohibition in Britain, so as long as they are stuck there, why shouldn’t our pair take in an evening at a night club?

And what could be sillier than the Charlston?

Given the pastels treatment.

Another fic prompt repurposed as an art prompt. Another one too gloriously silly to resist. The original prompt went: “For all that Severus was never seen as that much of an animal lover, it seems that following his rehabilitation post-Nagini, he’s become the Dr Doolittle of the Magical world. Hagrid may have wanted love from his menagerie, but Severus actually has it. How does a taciturn loner cope when at every turn the fluffiest and the most dangerous of creatures decide he’s their newest friend, companion, familiar, mobile catnip, etc?”

This one was also from the main Exchange, and this one was actually an art prompt from the get-go. The prompt was to do an illustration from a short fic entitled ‘The Fairy Lantern’. Well I did it up and then realized that someone in the Exchange was assigned that prompt, and it would be very rude (rather in the style of line-jumping) to post my version before there was any chance of hers being posted (since the Fest posted well before the Exchange). So I held onto it until after the big reveal, and asked the official assignee of that recipient’s prompts (who *had* used the same prompt) if she minded if I posted my version as well.

This one was given the colored pencil treatment.