Red Hen Publications — The Hogwarts Fackuty Mascot is a Cobra 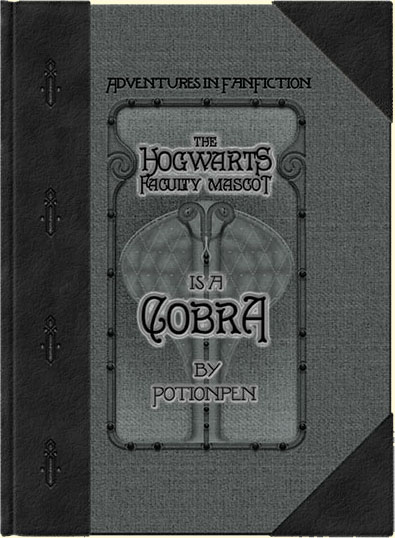 It doesn't matter what kind of lion you're looking at, they're all Panthera Leo. There are nine or ten species of badger — and infinite types of loyalty, but we must allow Houses their subtleties. If Ravenclaws find it interesting that there are around sixty kinds of eagle, they haven't let anyone know. Given thousands of species called ‘snake,’ the Slytherins certainly aren't telling the Out-Housers they've noticed how many choices they have. Privately, they make sure to recognize each other for how high they can climb, for what they can do, for how they might bite. Serpents are only all alike from a distance.

Most are peaceful creatures. One must eat, but for the most part they go about their business, part of nature’s clean-up crew, avoiding confrontations. A rattlesnake will kindly warn you, a sidewinder's path is eye-crossing, a stilleto snake doesn't even have to open its mouth to kill you, and some are as harmlessly suited to pest control as any well-spoken spider. Some rest on the medicine staff.

Then you have your cobras. Nag and Nagaina will stand up for themselves, will kill for their eggs. They'll show their full size, show the venom dripping from their fangs, and, in case you weren't paying attention, hiss.

Don't mistake it for a bluff.

It gets them killed as often as not, but they still do it. It's only fair. It can be enough. When it's not enough, some will spit in your eye and leave you blind. It's kinder than death or having your leg rot off, right? Incrementalism: it's a thing.

In a time that promised love is all you need, a spitting cobra came to school.

Did it ever learn.

About a decade later, it had more important things to do at Hogwarts than survive.

This collection of stories are an offshoot of the author's (much!) longer work posted on AO3 under the heading of “The Subjectiverse”, which follows Severus Snape from his arrival at Hogwarts as a student, up to the end of the first Riddle War. This collection features a number of highlights during Severus’s years as a faculty member between 1985 and 1998.