Now how could I possibly let that pass without rising to the occasion? 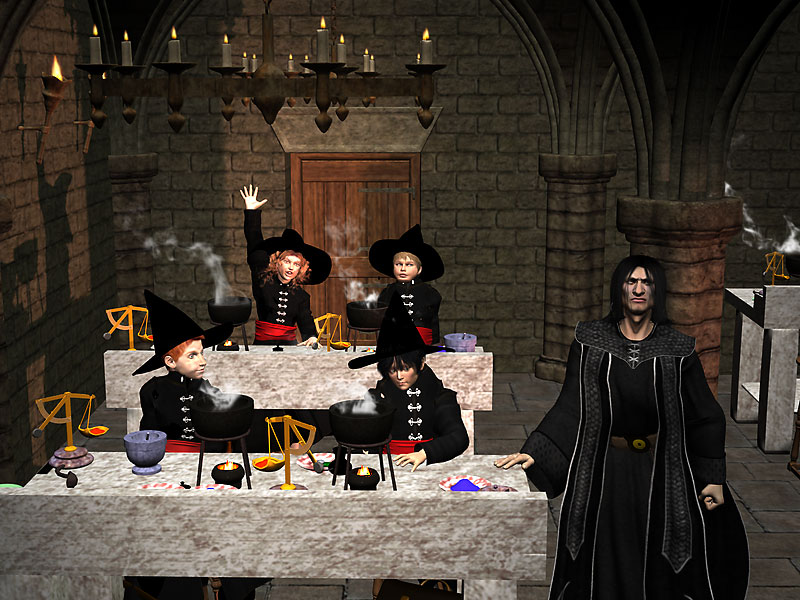 Particularly when I already had done character roughs for all of the relevant figures and built a Potions lab. I’d done it in the course of building the illustrations for Arsinoe de Blassenville's ‘The Best Revenge’ (which can be found over in the Publications collection). Actually, since ‘The Best Revenge’ posted a week or so after the Exchange got underway, there wasn’t a lot of mystery as to who had done that particular contribution to the Exchange. But since I had posted the offer of the illo publicly during the sign-up period in the Exchange's Lj community in the first place, mystery was never much of a factor anyway.