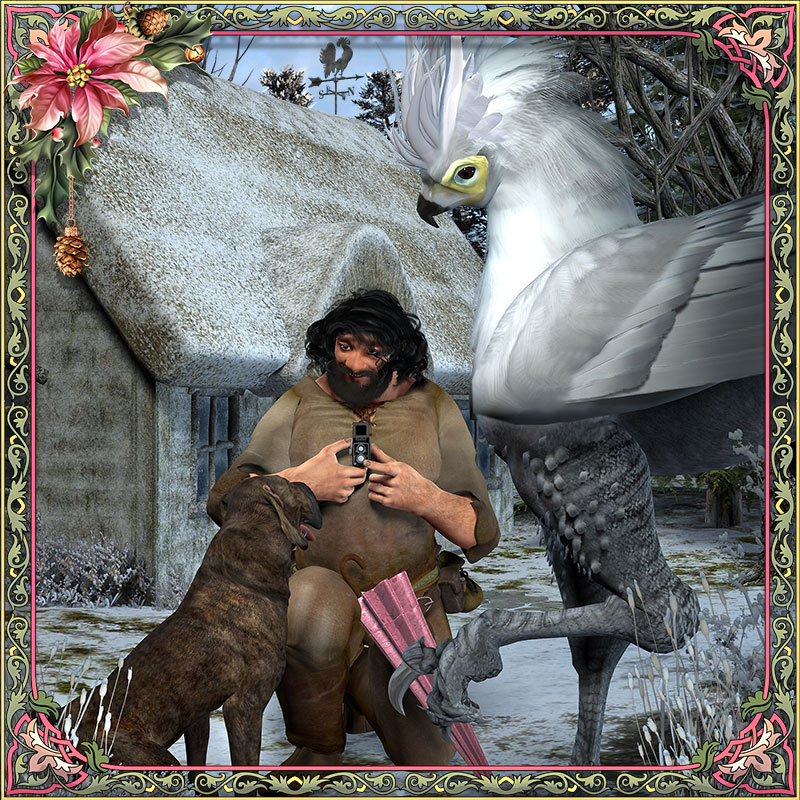 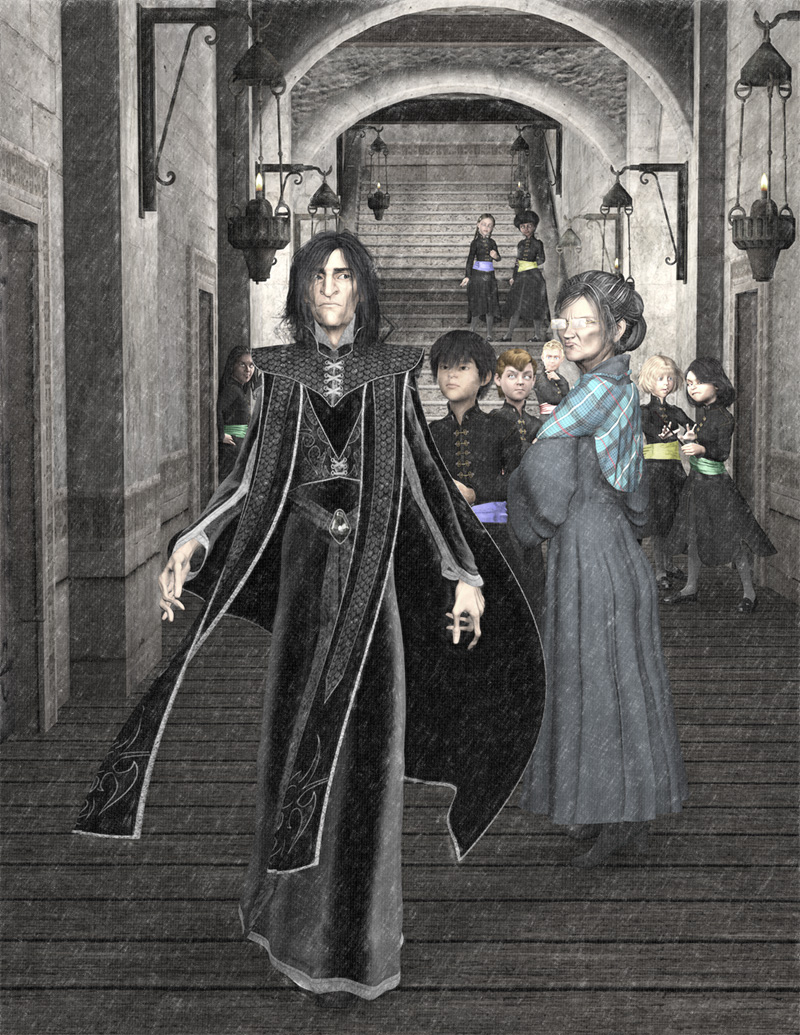 As stated above, HoggyWartyXmas is a fest which concentrates on the teaching staff of the school. I generally do multiple gifts for that fest. Usually a prompt assignment as well as a gift for the community, usually one featuring Hagrid.

First, the Community gift: Maybe a Thousand Words would be Simpler (well, do you think Hagrid can manage to operate the shutter without blocking the lens?)

And then my Assignment prompt which was Snape as Headmaster during VoldWar II: The Final Year of the War.

Eventually a very similar illustration would show up in one of the projects posted in the Publication collection, and yes, I did reuse the elements of the one for the other. But the other one is a dream sequence, whereas this one attempts to show what was actually the case.

And it was a couple of years before the other one was finally posted, in any case.