Well, just tell me who would be more appropriate to usher in the holidays than the fellow whose birthday is St. Nicholas Day? 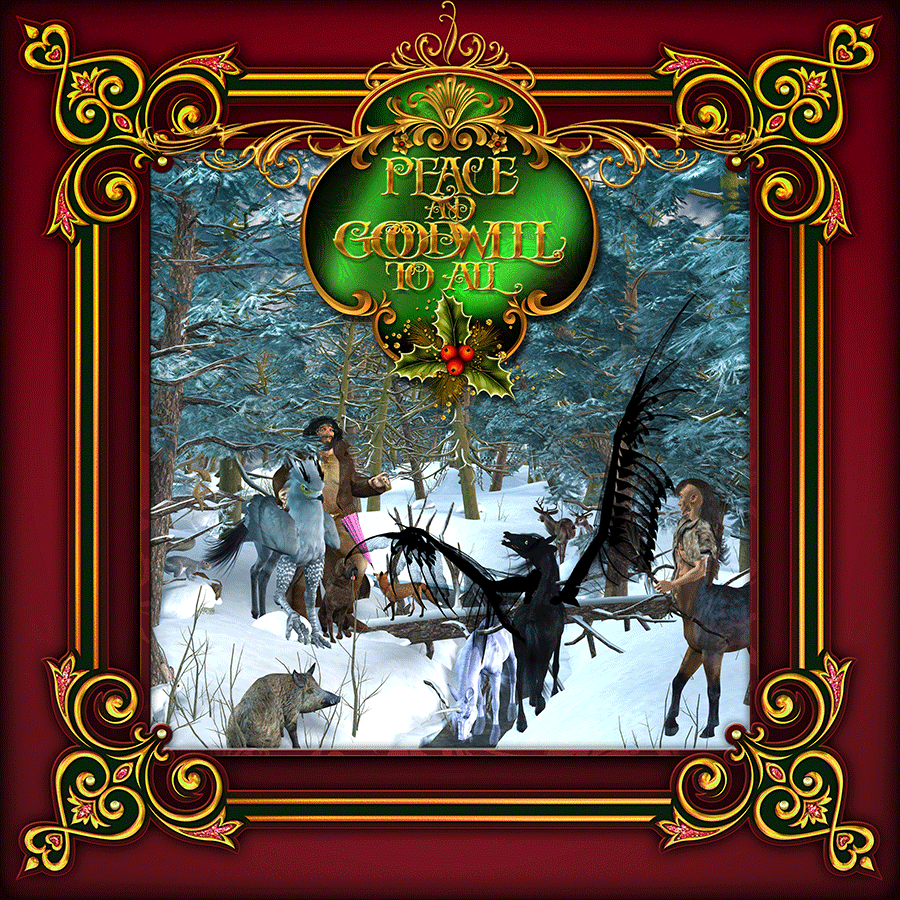 During the reveal, one of the reviewers said that she wished she could blow up an illustration and print it as a poster. Given some consideration I decided that it seemed doable within reason. Most of my illos start out at 300ppi which is too big to post as an image on the internet, but large enough to export at a printable resolution in something like poster size.

So went back and I did exports of the two illos I built for that year's Hoggy-Warty Xmas Fest, as well as the one that I did for the Minerva fest a couple of months earlier. I sized them to fit on an Architectural C sheet. People were welcome to download and take it to Kinko’s or some other service bureau to get it printed. They'd need an unziping utility. They’re all compressed files, even if they don't compress very much. They're all .jpg, so most software ought to be able to handle them. I left a bit of a margin and one might have to trim some excess.