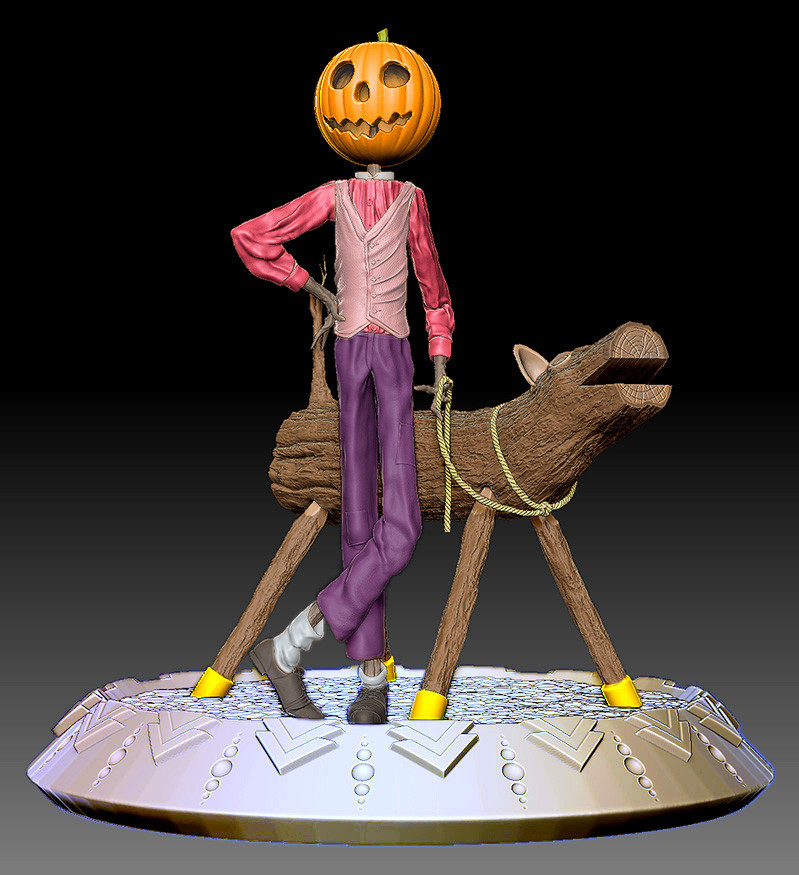 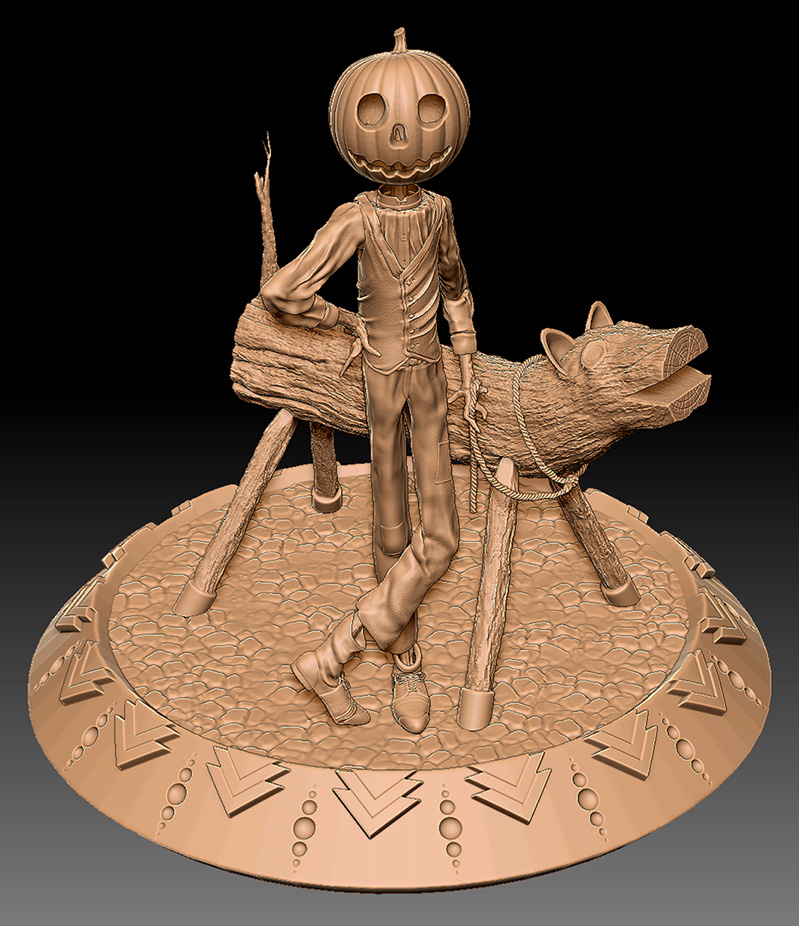 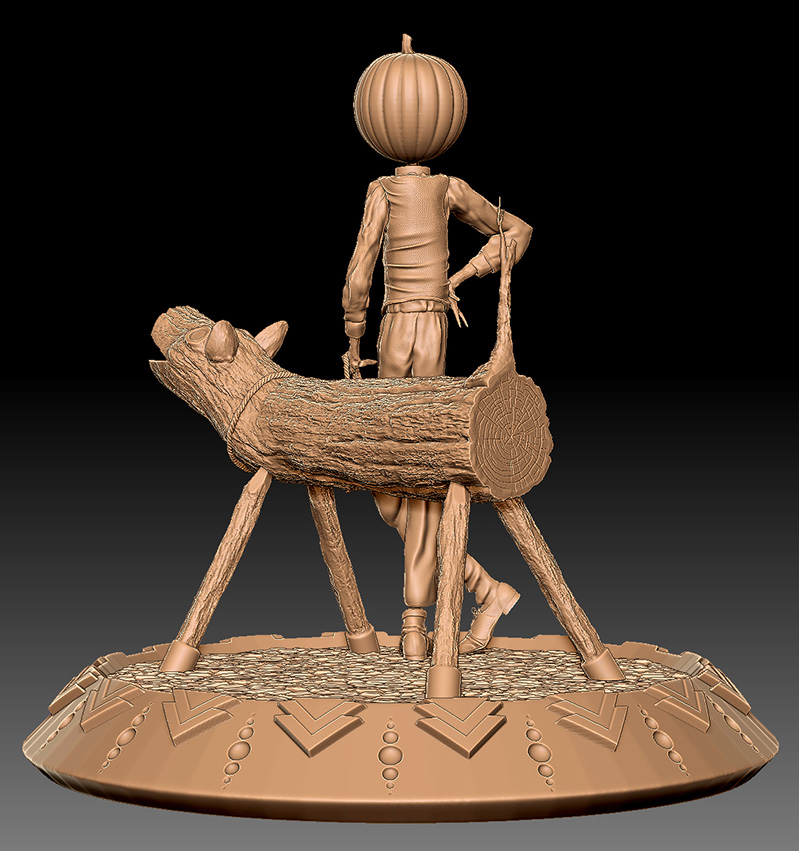 For most of the semester in ET 25B we were building the Hulk. But once we had finished with him, we were to chose another project and show everyone what we could do with something that was our own choice.

I actually needed a Woozy the most, but the Woozy is more simplistic than the instructor was likely to go for, and while I wouldn’t have objected to redoing my original Sawhorse either (since it really isn’t particularly good), he wasn’t likely to go for that either. I’ve already done reasonably usable kitbashes for several of the major Oz grotesques, but I was not at all averse to building something to replace any of them.

The instructor accepted my proposal to try to build a pumpkinhead. The one I’d been using was based on a very old commercial figure (from 2003) which doesn’t actually have a body. It was an rigged suit of clothes with a pumpkin head and twiggy hands. Once one turned the original clothing invisible and tried to put other clothing onto no body, it tended to result in things collapsing when posed.

Mind you, what I ended up with is not suited for rigging or further development. But I saved an earlier version of it, which might be fit to work with once I get into a rigging class, in some misty distant future.

And, yes, I know that in the books, Jack's head is described as not hollowed out like a Jack-O-Lantern. The child who created him, had heard of Jack-O-Lanterns, but clearly had never seen one, and didn't know to do that. But John R. Neill always drew him hollow-headed, so I didn't fill his head with pulp and seeds.