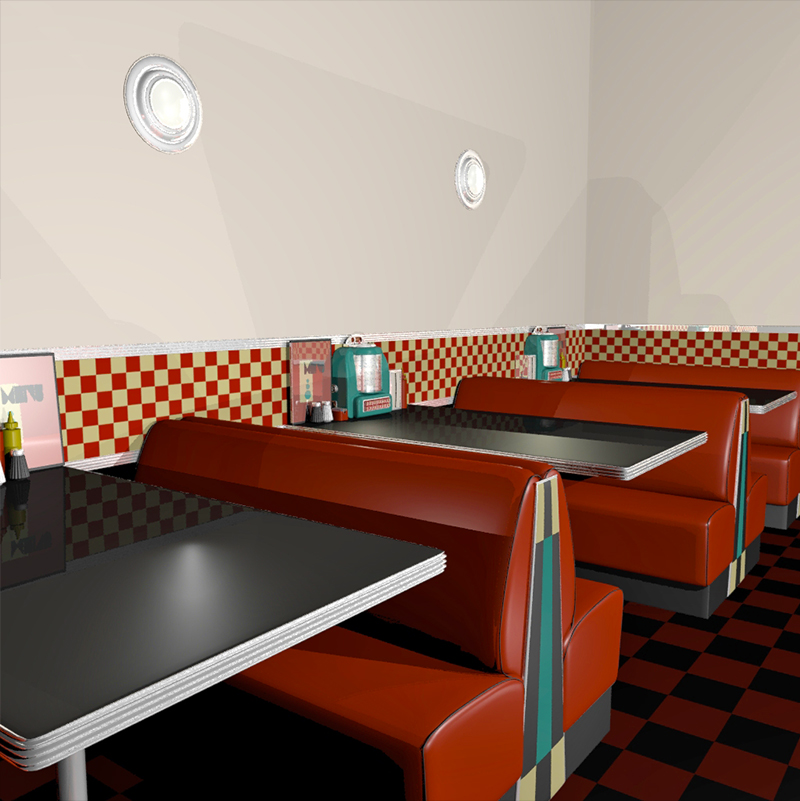 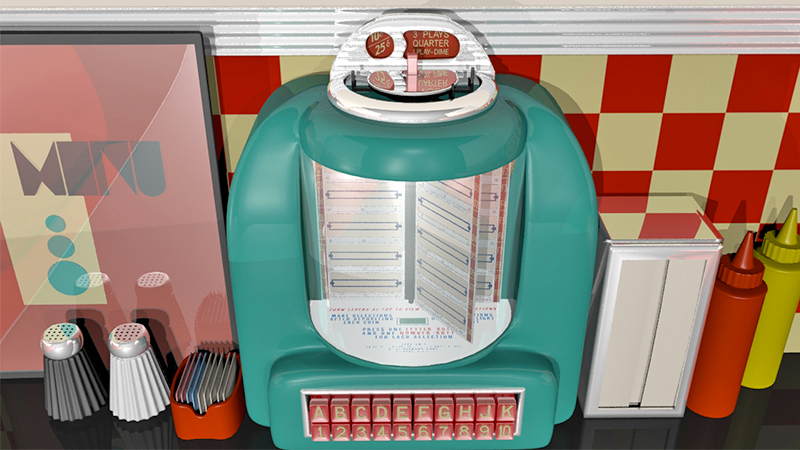 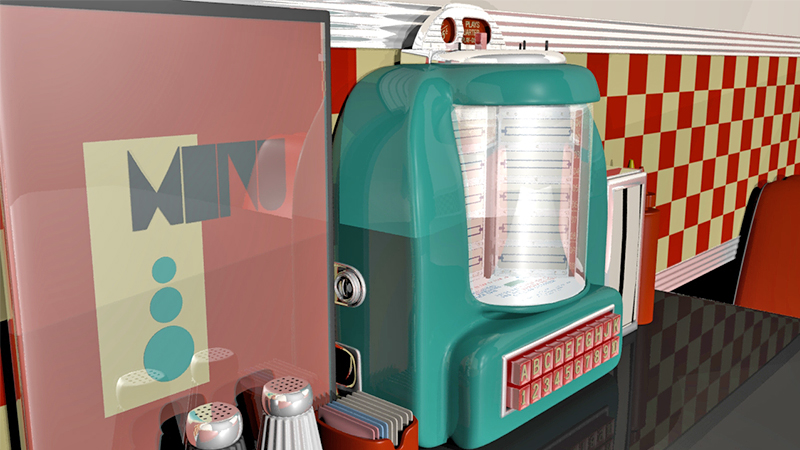 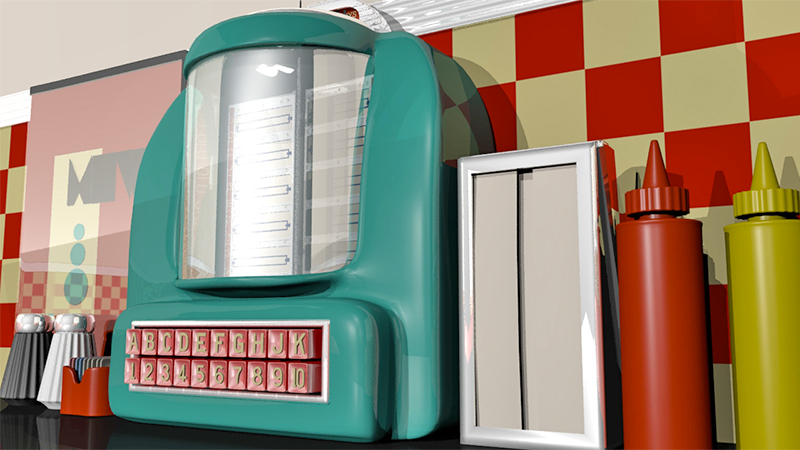 We did get a formal assignment for our final project in ET 25. We were to build a “controller”. We needed to build it from photo references, so it needed to be something that actually existed. The instructor mentioned game controllers, remote control devices, old-style cel phones (with buttons. No smart phones where everything is just on a screen).

Fortunately, we weren't required to provide orthographic photo references, since that was just not on. But there are plenty of pictures of Seeburgs (of an amazing array of eras and states of preservation) online so it was not difficult to find some that were clear enough to get a fairly good idea of how they were put together.