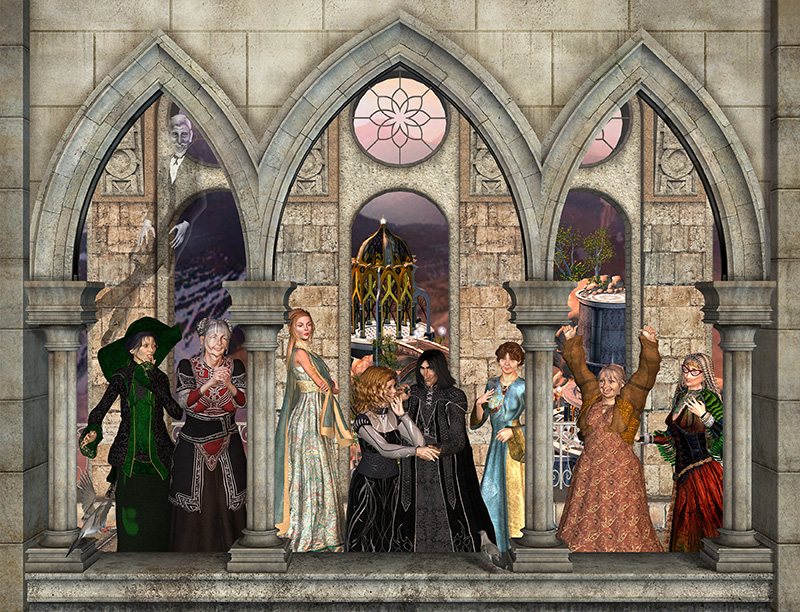 As with any game of BINGO, one is issued a card and attempts to fill a row, or fill enough spaces to make a specific design, or to fill the whole card. The cards for the Exchange BINGO contain random collections of the Exchange partcipant’s names. The spaces are filled when the gift for a named partcipant posts. You review it, and write down the link of where the review is to be found. When you have filled a row, or the design (either an ‘S’ or an ‘H’), or completely fill your card, you contact the moderators of the BINGO and send them the list of the links to your reviews.