Our final project for Digital Imaging was to create a CD cover. We were to integrate scanned photos, vector drawings (i.e. Illustrator files), and a digitally painted background using the tools available in Adobe Illustrator and Photoshop.

We were to chose a musical group of artists to create a cover for (could be ourselves), we could use an existing album title, but the design had to be all new. We could NOT use photos of the group scanned from existing albums, or not unless we modified them drastically.

And I’m pretty sure that the crop marks and other printing instructions were required as well. 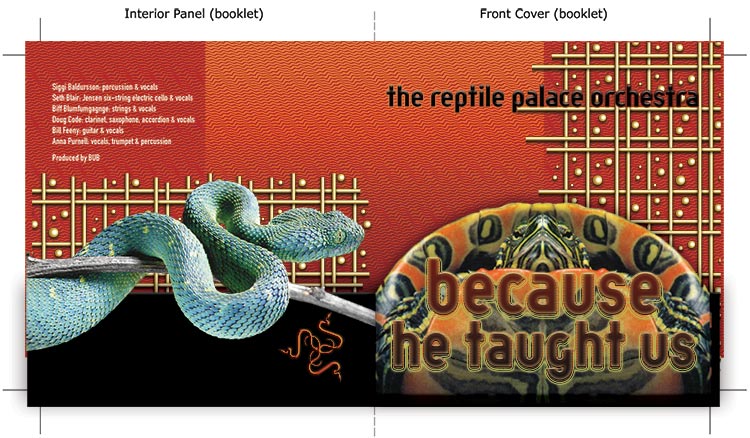 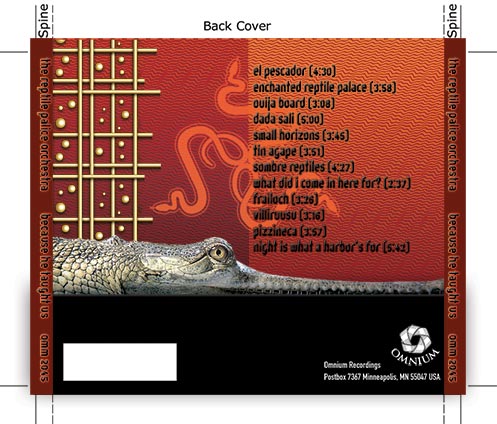 The final project was to fit into a CD jewel case — which the teacher gave us. We were to make a mock-up.

We were to create front, back, inside front cover, and spine.

At least one significant image had to be drawn in Illustrator and imported into Photoshop (not just the logo).

At least two images had to be taken from scanned photographs.

The background was to be created in Photoshop. No scanned images.

We could set the type in either Illustrator of Photoshop.

We could use as many techniques such as filters, blending modes, etc. that would make the design unique. 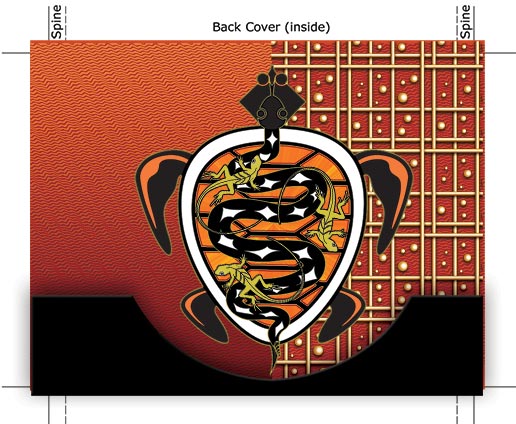 I decided to do a bogus album for the Reptile Palace Orchestra (a world-beat group based in Madison, Wisconsin).

After all, I had this lovely coffee table book of pictures of reptiles...

The group’s albums that I had at the time both used the clear jewel case with an inside back illo as well. So I did that, too.

The tracks listed actually exist, they are pulled from various other CDs by the group.