The last (or at any rate, the most recent until 2021) class which I took at L. A. City College was Art 620. The Illustration class.

I had very much looked forward to taking it, but I ended up having to drop due to a piece of bad planning.

I did produce a few assignments for it at least, and got as far as the midterm. And I will admit to having been rather pleased with my midterm. Which was a storyboard. The storyboard could be for a comic book, or a commercial, or whatever. But it needed to be a storyboard and it needed to be done to a given format (1949x1060 pxls. That’s rather too large for a web page. The image below is much reduced).

Then I got on a roll and worked it up as a presentation in Keynote (which came on my computer) and since Keynote is not a common format, exported it as a QuickTime .mov.

The .mov can be downloaded here: 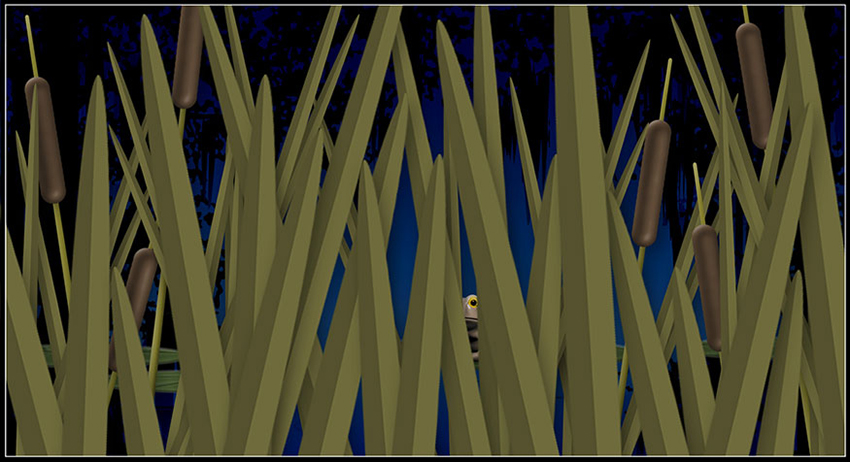 The basic concept was a repurposing of one of the (several) aborted projects in which I have been engaged over the years. This particular one never went anywhere. Which was rather a pity. Consequently, it has a backstory.

Back in the 1980s when cable TV was the “big new thing”, a friend of mine got swept up into a project of putting together a show for cable. Rather a lot of people were engaged in similar projects about that time. The new cable companies were hungry for content, and quite a few people made a go of it.

My friend and her partners almost did. Unfortunately they lost focus (which also happened a lot). But, during the period that the project was active, one of the partners got the idea that they ought to form a real production company, and do several different shows. And for that, he was sure that they would need a company logo to run for their shows openings (like the NBC peacock, or some such thing).

He came up with one of those enamel pins that people were collecting around that time. It was of a frog and a rainbow, and they asked me whether I could design an animated logo based on it.

Well, hey, sure. I took a scrap piece of mylar and drafted out a rough series of sketches of a animated frog and a rainbow. They took it to a post production company for evaluation, and the company said they could work with it.

Of course, like I said, it all came to nothing. But some 20+ yerars later I managed to get a class assignment out of it, so I can't ever say it was a waste of my time.

Keynote will export in any of a number of different formats, and one of them is as a QuickTime.mov. Not all of Keynote's transitions (of which there are many) will export to other formats, but more of them manage to make it into QuickTime than any of the other ones available. More than PowerPoint anyway.

Like I say. The required size was not really appropriate for a webpage, and the browser would need the QuickTime plugin for it to play, so it makes more sense to post it as a download if anyone wants to view it. This one is at least a fairly small file.