The whole class of Art 501 was a distinct bump in the road. It was also a prerequsite to nearly all of the other classes that I wanted to take. So, in order to make the online registration system happy I had to take it. I figured it couldn’t hurt.

The problem, of course, was that even though it is required for just about all of the computer art classes at City, Art 501 is not a computer class. It is; “Introduction to 2D Graphics”. And it isn’t just required for computer graphics classes, it is required for Life Drawing, and Beginning Painting, and all sorts of other things, so there were a slew of people taking the class for all sorts of different reasons, and we had to work in analog.

I hate working in analog. You have to move furniture to set things up, everything takes six times as long to do, and then you have to do clean-up. And on top of everything else, you have to buy consumable supplies, not just recycle pixels.

Besides which; I had to wait nearly 44 years to get my hands on a computer and I don’t appreciate being told I can’t use it.

I did manage to get permission to use my (low end) 3D program for the final, however. The final project could be in pretty much any medium — although the instructor didn't want simple photomanipulations. I can see her point. Those would have been too easy. In any case, I at least ended up with something from the class which I could post without having to try to convert it to digital media.

The final project itself was fairly involved, but rather interesting. We were to take an image or concept which would be instantly recognizable to an audience (of art students), and change one thing in the image to introduce either irritation, anachronism, or subversion. We were to do at least three images, one featuring each quality. 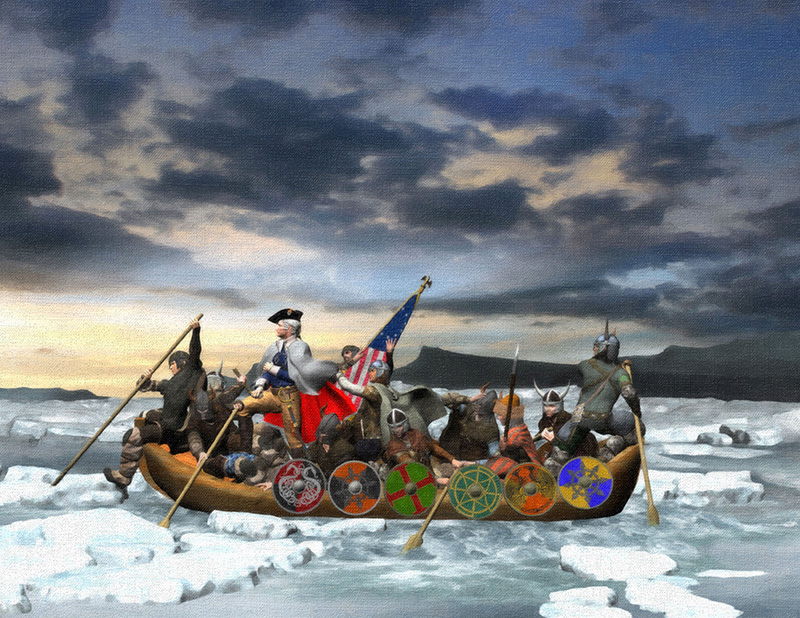 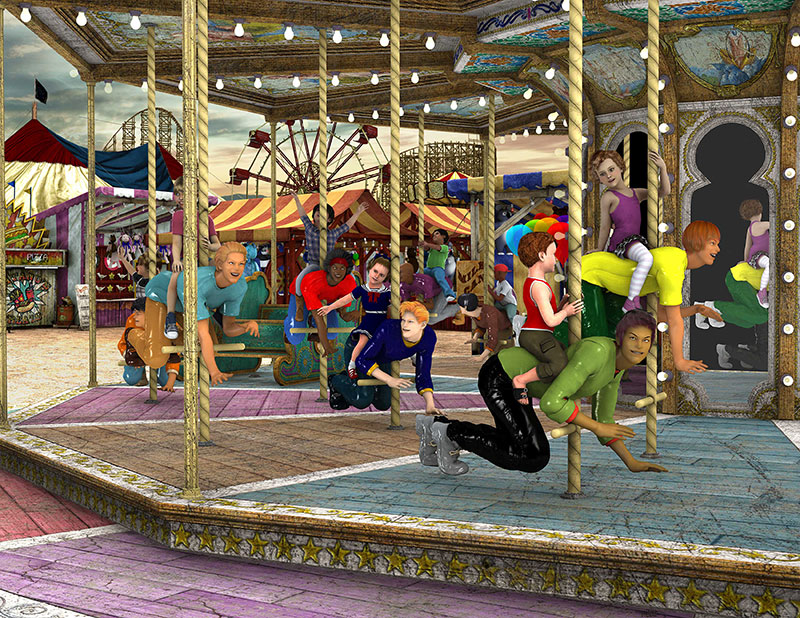 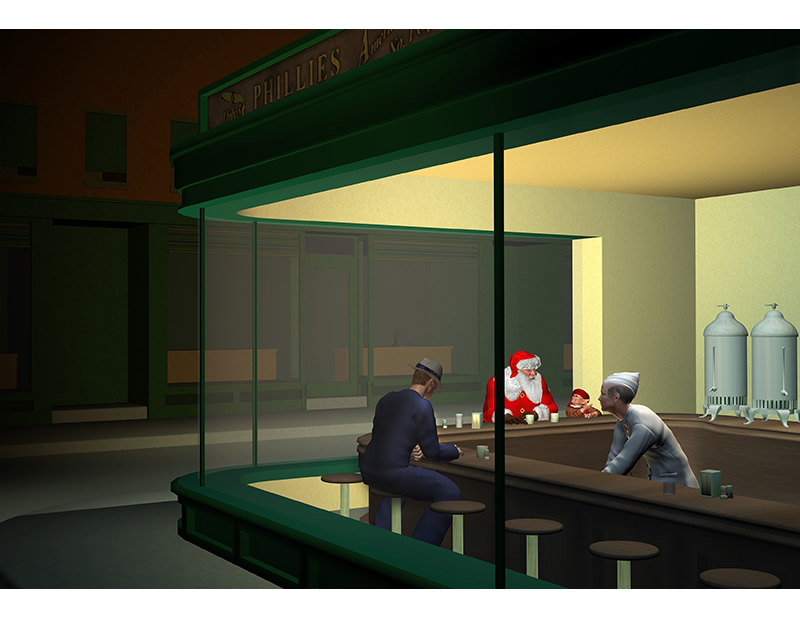 Having a reputation as an overachiever, I did six (these three were the most successful). But, apart from the anachronistic subject, I left it up to the viewer to decide whether an image was subversive or just irritating.

As to the anachronistic subject. The instructor showed us examples from former classes. Kind of like back in Photo 46 and the assignment with the truck, where every third example from previous classes seemed to be trucks in space, George Washington turned out to be the poster child for anachronistic subjects in Art 501. Well, hey, I can get anachronistic with George, too. Only, where most of the previous examples plunked him down in front of a computer, I went in the other direction and sent him across the Delaware in a little viking longboat.

I suppose I could have sent him across with pirates instead. But that wouldn't have been anachronistic. They had pirates in the 1770s. And besides, it’s a frozen river with ice floes. Vikings were more appropriate.