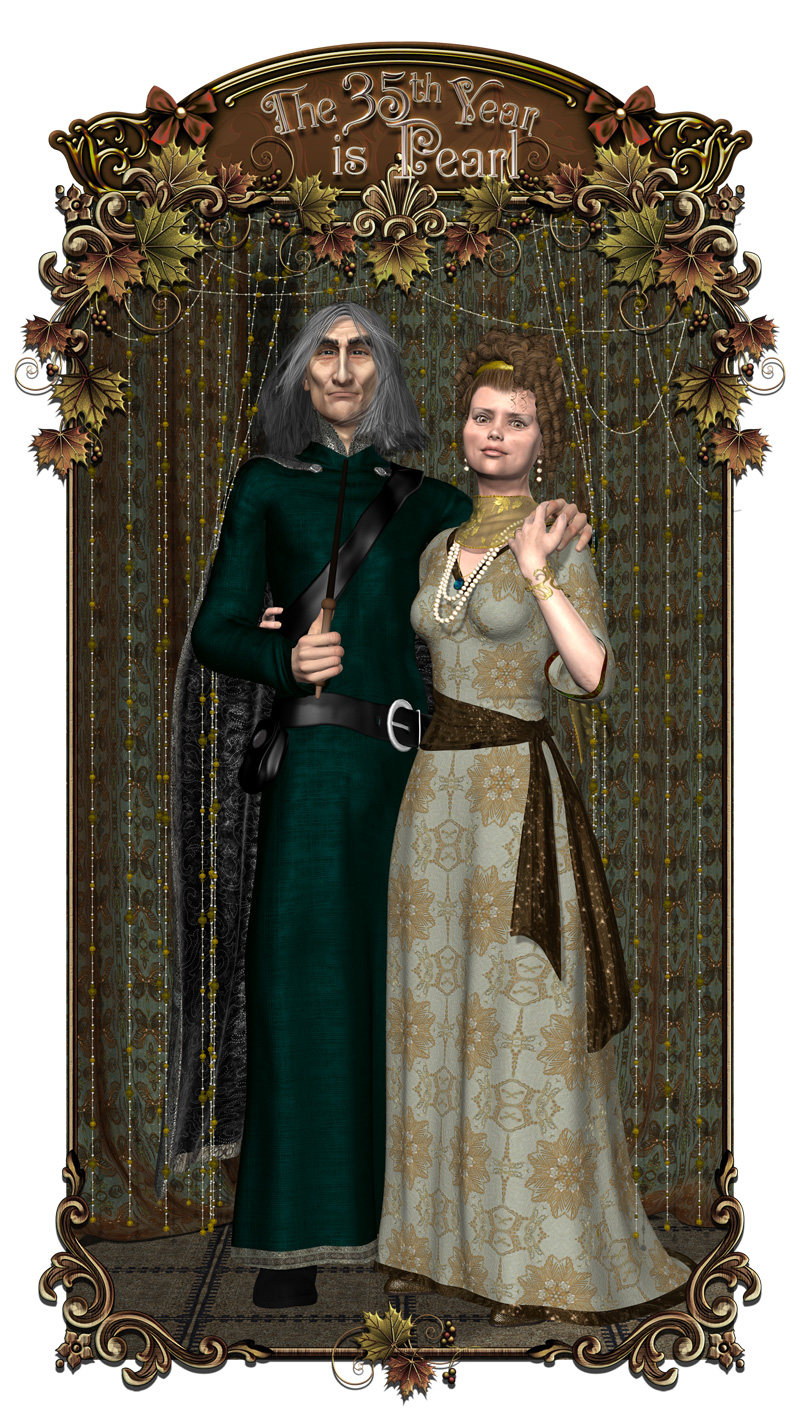 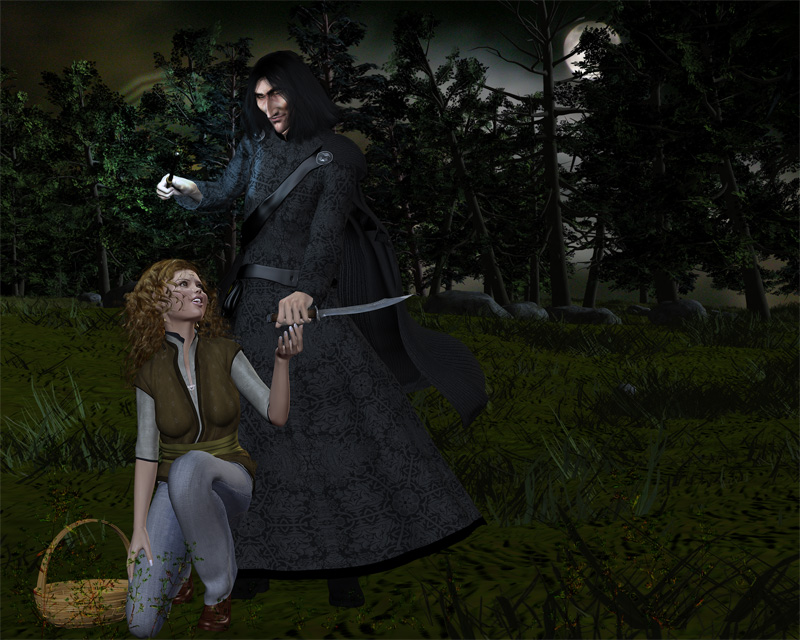 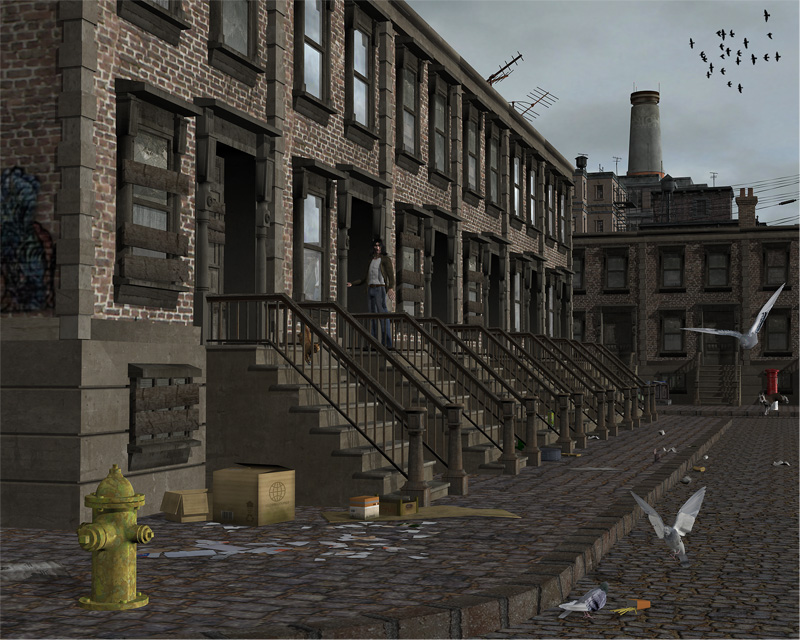 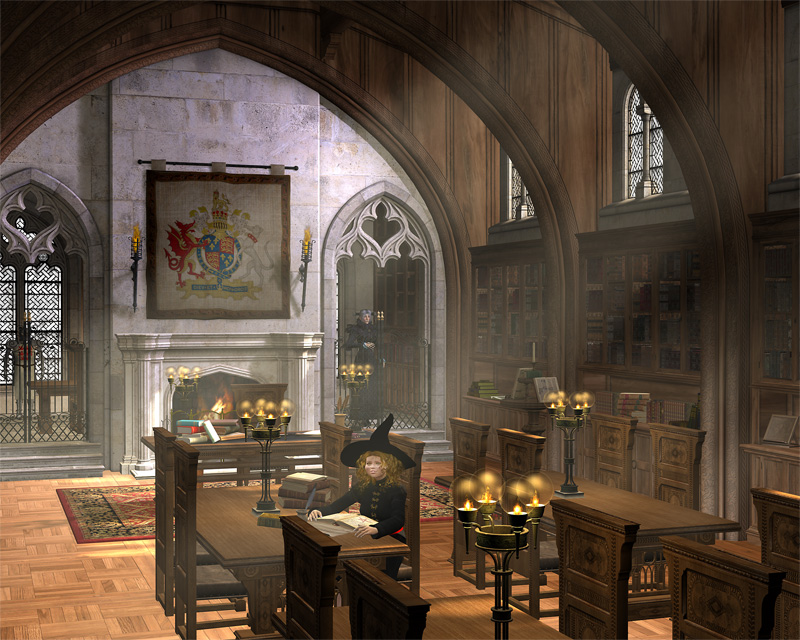 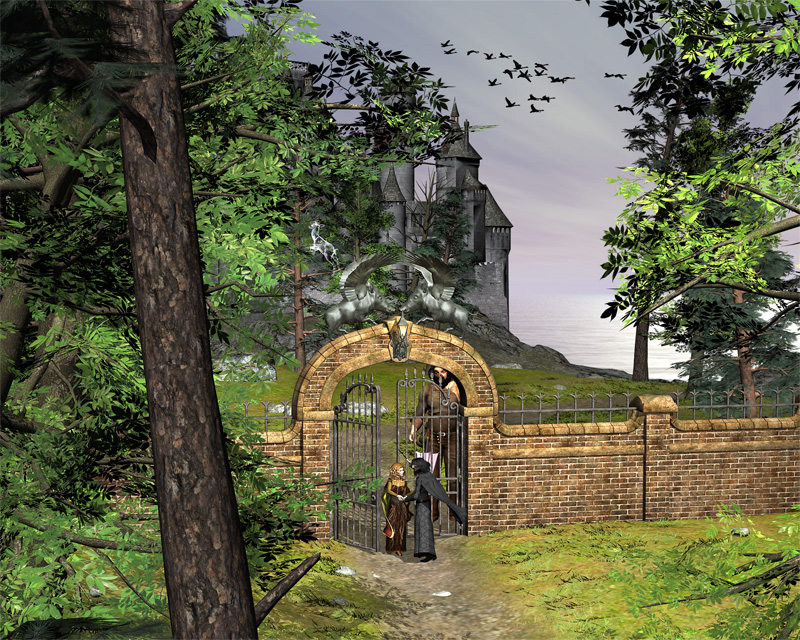 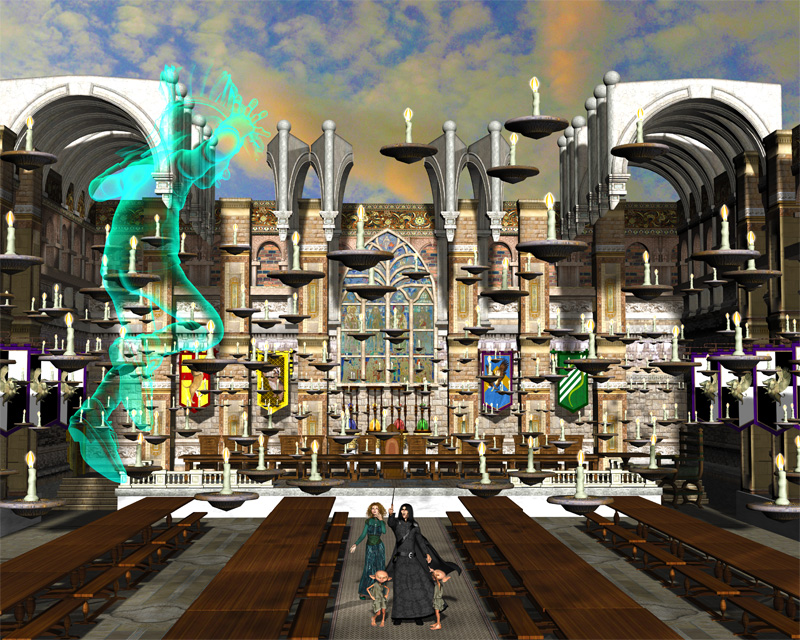 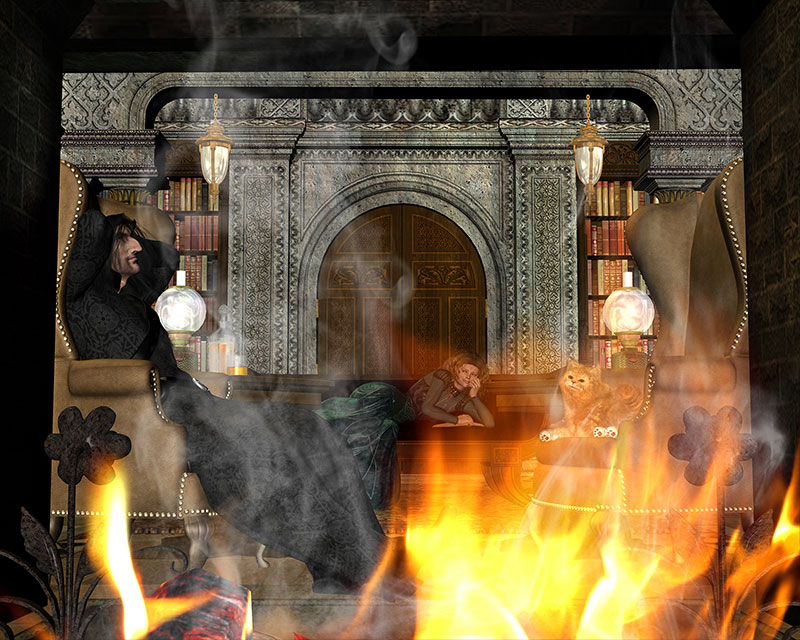 After having participated in the 2011 SS/HG Exchange by gifting the community with the First Potions Class anniversary illo, when the sign-ups for the 2012 round of the Exchange opened up I tossed my hat in the ring as soon as it posted.

By that time I was using a newer version of my 3D program and was feeling reasonably competent (baring my usual problems with lighting), so, in the interval while waiting for the prompts to be assigned I improved the shining hour by putting together a handful of generic Potterverse scenes on spec. As it turned out, none of my prompts could make use of any of them. Which may have been just as well, since they were all determined to be scenery, rather than illustrations.

So I spammed the com by submitting them as gifts for the community.

Click on the thumbnail to see each illo. Descriptions are below.

I've changed the order from the way I had it before I was able to put the images in a gallery.

1. The 35th Year is Pearl: This was one of my prompt illustrations. The recipient wanted the couple, many years on, with their children and grandchildren around them. At that point in time, crowd scenes were extremely problematic in my 3D program. They can be done, but there's an awful lot that can go wrong. Since I was able to produce the ‘Fluxweed by Moonlight’ prompt exactly to specifications, I submitted that one as the gift. Then I did an anniversary portrait of the couple by themselves, instead, and gifted it to the community as a whole.

2. Fluxweed by Moonlight: This one was my “official” gift to the recipient.

3. Habitat: Summer in Spinner’s End one of the generic Potterverse scenes built on spec.

4. Habitat, Too: The Hogwarts Library

5. A Minor Crisis at the Main Gate: I don't know just what went down here. But I’m sure that the Headmaster has it all well under control.

6. A Minor Crisis in the Great Hall: Peeves is being Peeves. As usual.

7. The Headmaster’s Bookroom, later that Night: Sept 1, Midnight. This one was another one of my prompts, but the recipient wanted Movie!Snape.

Well, she was asking for Snape, at his ease, buttons undone, in front of the fire. From where I’m standing, that’s Movie!Snape. With Book!Snape there isn’t a button in sight.